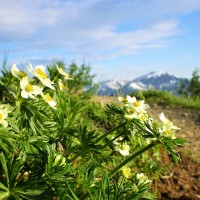 Getting from Tokyo to Hiroshima

When we last left off, it was around 6pm at night, and we were on our way back from Mount Fuji and 2 hours from arriving in Tokyo.

The last trains for Hiroshima would have left close to the time we arrived in Tokyo, and they weren’t covered by the Japan Rail (JR) pass anyway. Apparently, only one bullet train per day from Tokyo to Hiroshima is covered under the JR pass and it leaves at 8am. It is possible to get there leaving a later time with some transfers in Osaka or a different city, but by this time in the evening all the last trains were making their final journeys for the day – aka a transfer was not possible. I found all this out on our way to Tokyo, with 2 hours left to find a workable option and make a decision.

It was the last day of our JR pass, so I was hoping to be able to use it to get to Hiroshima instead of having to pay for the fair out of pocket. Unfortunately, I quickly realized that wasn’t going to happen, and so I checked bus options. The night buses weren’t covered under the JR pass and I made quick peace with paying for the trip out of pocket, even though our JR pass was still valid.

I found a bus that left over an hour after we would arrive at the station- which allowed us to make the journey to Hiroshima that night after all! Our group split up, I went with my cousin to find the bus station and buy the tickets and Colin went with my brother to get the luggage from our hotel and meet us at the gate for the bus. We had more than enough time.

I bought the tickets, they were about $500 USD total for 4 people, and sat to wait at the gate with my cousin, feeling pretty good about finding a way to make it to Hiroshima after the bullet train options fell through. Colin and my brother were feeling good as well… so good, in fact, that they felt they had time to stop by the 711 to pick up some food for the journey.

Our bus was scheduled to depart at 8:45pm, and at 8:40pm, with most of the passengers loaded, I was getting worried. Colin and my brother were nowhere in sight! I texted them and they disclosed that they had no idea where the bus station even was! I sent my cousin to find them and help them and I went to the bus line to try to beg the driver to wait for my family, lost somewhere in the building. 8:45pm came, and the bus left. Colin and brother didn’t show up, and my cousin never found them. I was standing in the line, out $500, and with my companions all separately lost now in the station. I was so stressed that I slid down the wall and had a small breakdown. They arrived at 8:48pm, 3 minutes after our bus cleared out of the lot.

One of the station employees saw me and came over to me to tell me that she would refund my tickets and that there were three more buses to Hiroshima that evening. She didn’t look like an angel, but I am pretty sure she was one. She explained to me that those buses were sold out of tickets, but that I could ask the porter to ask the driver if there was room on the bus for us. I was so grateful. I had hope again, for the third time that evening! My companions arrived, I got the refund, and we all wheeled our luggage over to the departing gate for the evening Hiroshima buses. When the first bus pulled up, I excitedly ran over and explained that I was looking to pay for four tickets to Hiroshima if there were seats that weren’t filled at previous stops / no-shows. The porter asked the driver and he shook his head no. When the second bus pulled up, I walked up again and the porter knew what I was waiting for. He asked the driver and again he shook his head no. The third time, I didn’t even walk over. The porter made his arms into a big X and shook his head. I was defeated.

We hadn’t slept in the last two nights, were still in our wet clothes from the two days of hiking on Mount Fuji, and were so hungry. I realized that getting to Hiroshima that evening wasn’t meant to be. I was grateful that we learned about the night bus and how  it was a more affordable option than paying for the bullet train out of pocket. We reserved tickets online for the night bus for the next day and booked a hotel nearby for that night. We considered the evening a rehearsal for getting to the bus stop and called it a night. We hobbled over to our last minute hotel with all our gear and luggage, climbed two flights of stairs to our room, took showers, and slept in late the next morning.

We spent an additional (bonus) day in Tokyo and took the night bus to Hiroshima the next day. Yes, we lost two nights at the Hiroshima hotel we paid for, an additional day in Hiroshima, the fee for the Tokyo hotel that night, and the out-of-pocket fare to Hiroshima… but we were ok.

The night bus to Hiroshima

The next evening, we were sitting at the departure gate three hours before the scheduled bus.

When the bus came, we lined up and had our tickets ready in hand. We put our luggage below the bus, climbed up into the bus, sat down, and breathed a collective sigh of relief. We were going to Hiroshima!

That night bus was the most luxurious bus I had ever experienced. Each seat was separate with an aisle in between so no one had to sit next to or touch a stranger. All the seats reclined most of the way, and had a pillow, footrest, and blankets. 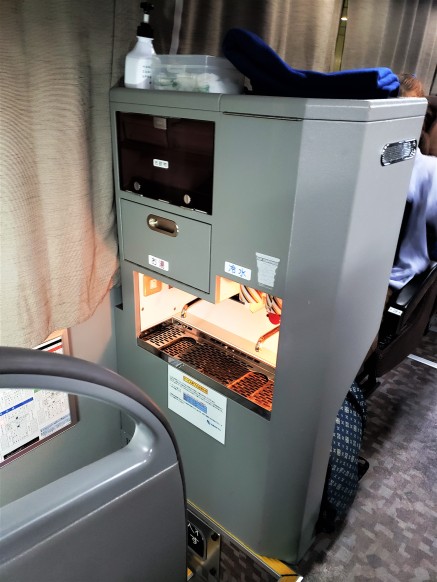 There was hot and cold water available on the bus and the bathroom downstairs was on par with the rest of the luxurious bathrooms in Japan.

That night bus was easily better than some hotels I’d stayed in.

This time, I’m sleeping too.