Nikko is a town at the entrance of Nikko national park and has Japan’s oldest bridge and most lavishly decorated shrine. It is also the town where I had the fanciest and tastiest meal of my life. We went to Nikko as a day trip from Tokyo and spent about half the day there. If we had more time, I would’ve entered the park and done some nature activities, driven on Japan’s romantic road, or visited an onsen. 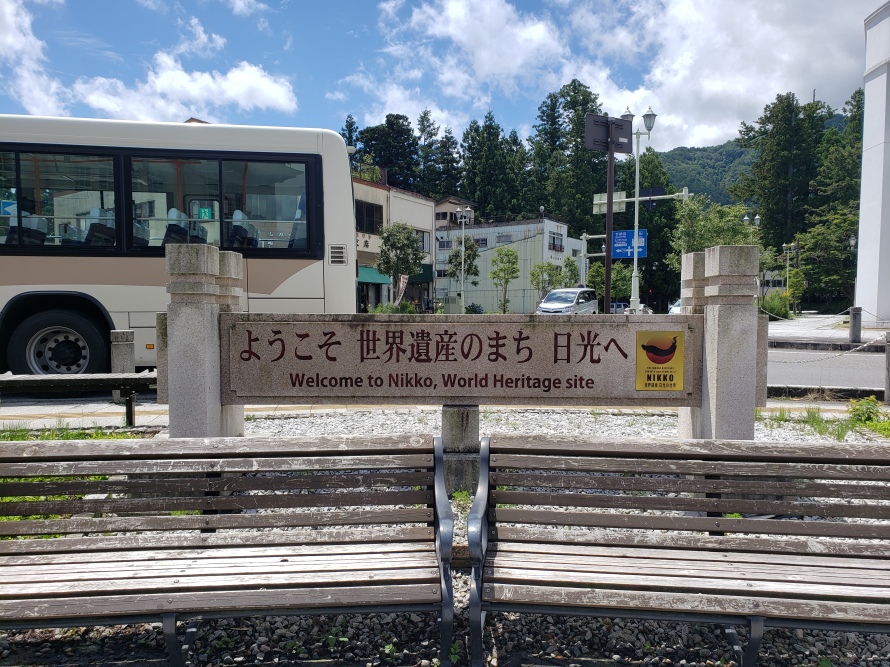 You can get to Nikko via Japan Rail. It takes around 2 hours and requires a transfer at Utsunomiya Station. If you are using Google maps, you will see a little green JR symbol to the left of the train lines that operate under Japan Rail. The Nikko line (which operates under JR and is included in the JR pass) goes from Utsunomiya to Nikko.

The train station in Nikko

From the train station, it is a 1 mile walk to Japan’s oldest bridge. There is a bus that takes this route, but we chose to walk. You can pay a fee to walk on the bridge, but the view was better from the concrete road bridge right next to the historic one.

Fog resting on the river after a brief rainstorm

From the bridge, cross the street and take the stairs up the hill to Japan’s most lavishly decorated shrine.

Walking to the shrine among mossy rock walls

This area is also famous for being where the “speak no evil, see no evil, hear no evil” monkeys originated. You will see them on one of the first buildings once you enter the shrine’s campus. The monkeys are carved onto an old horse stable. Monkeys were thought to keep the horses fit and healthy and have the purity of children’s minds. 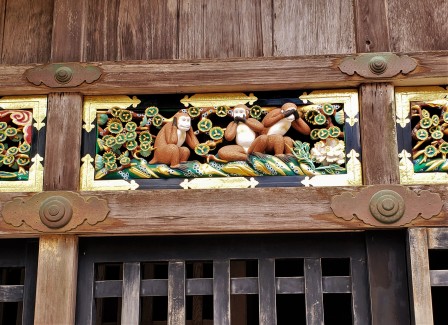 There is another part of the shrine that has a sleeping cat carving and an entrance to 700 stairs behind it. The 700 stairs lead to a bell, which, if you think is anticlimactic, you should skip the stairs. As I was planning on climbing Mount Fuji the next day, I chose to skip the stairs. My cousin and brother were feeling strong and took the stairs, they reported feeling unimpressed. 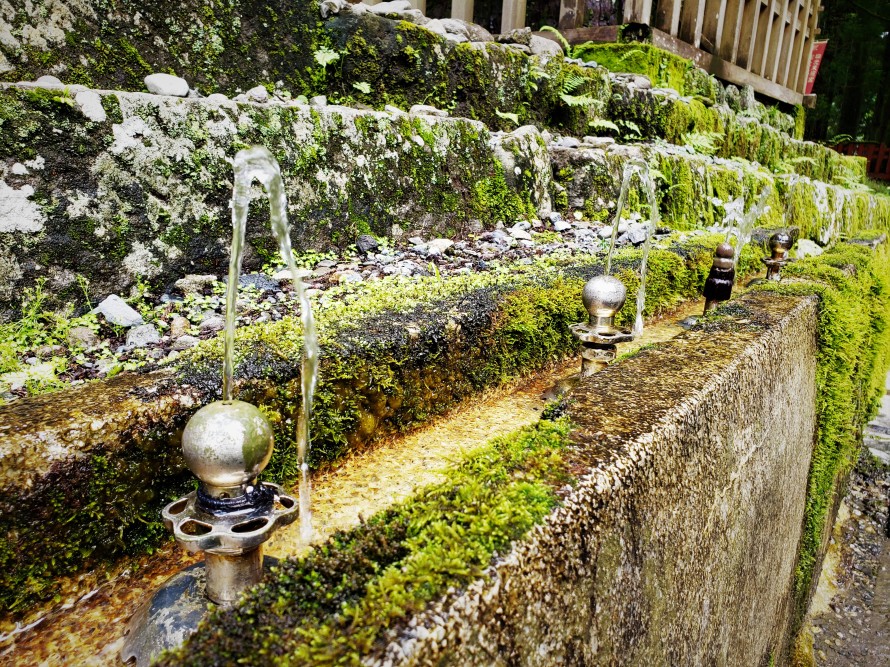 The area of the shrine where you have to take off your shoes and put away your phones was my favorite. Don’t skip that part.

The whole campus was so beautiful. I highly recommend getting the audio tour so you can understand what you are seeing a little better. 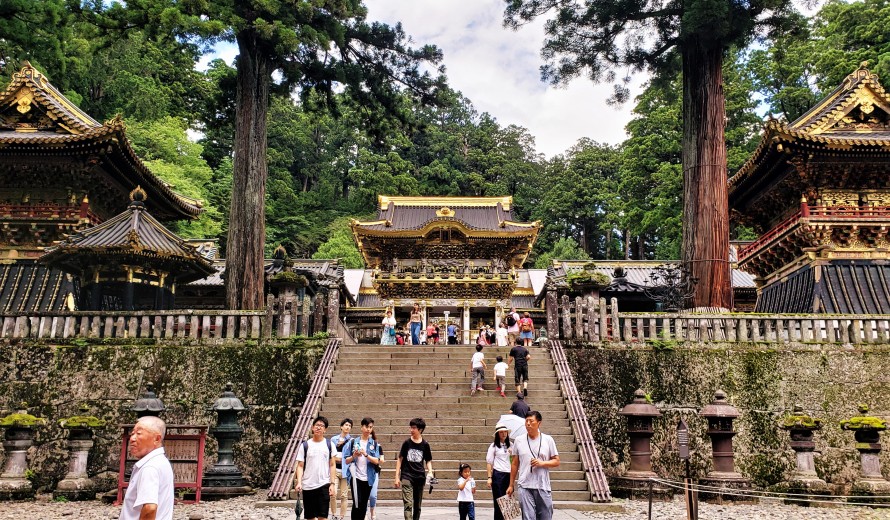 Every building had so much detail that I would have missed if it weren’t for the audio tour. 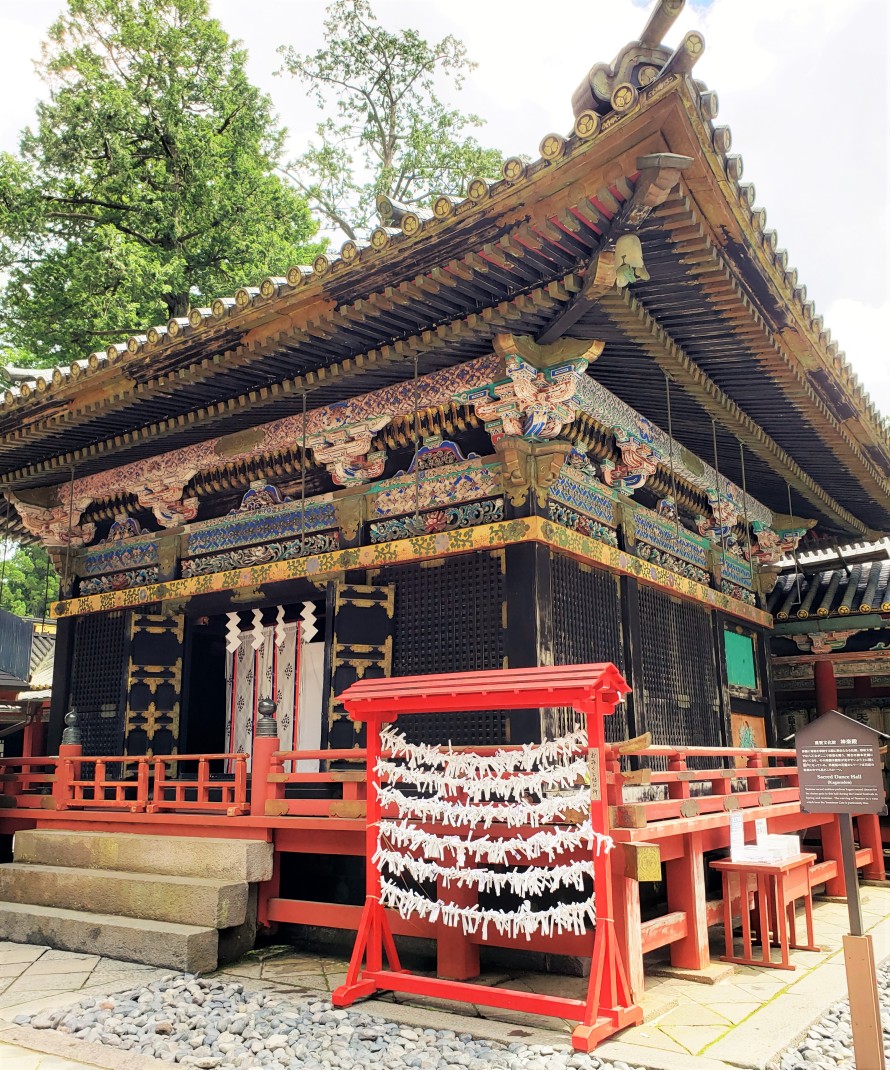 After we left the shrine area, we walked around the town to search for an ATM so we could get lunch. Thankfully, there was a bank with an international ATM. Most places in Japan only accept cash, so make sure to keep a healthy amount with you.

Cash in hand, we were ready for what turned out to be the fanciest lunch I have ever had in my life. The specialty in the area is yuba, which is a film that forms on top of boiling soy milk. It is soft, silky, and smooth. The yuba is used to make wagyu beef sushi and other parts of the meal seen below. 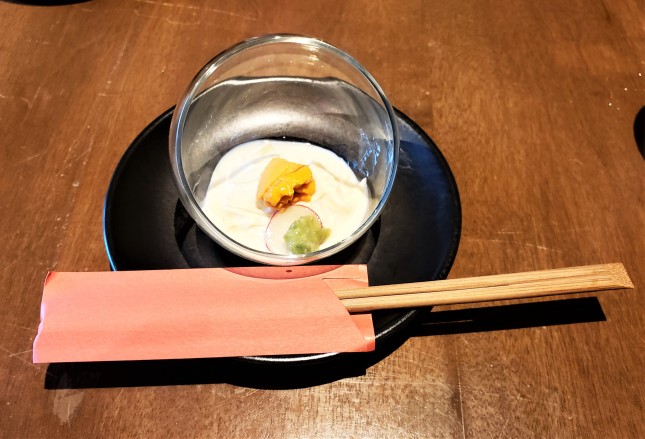 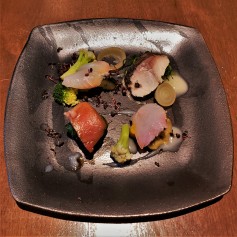 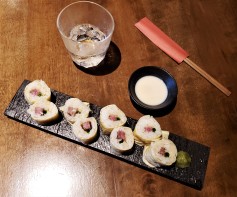 After lunch, we were all set to head back to Tokyo and get some rest before heading up Mount Fuji the next day.